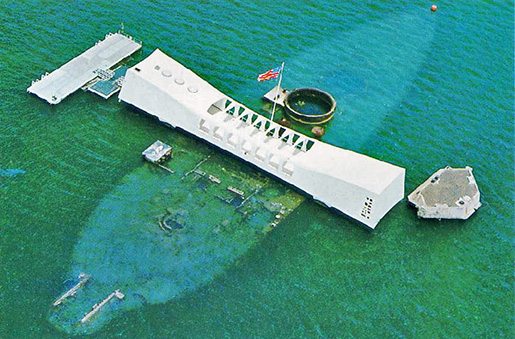 It goes without saying that Pine Canyon residents have incredibly diverse backgrounds, from professional sports to mountain climbing. Between pitches and pitons, at a depth of about 40 feet underwater, swims Pete Kelsey, a Pine Canyon resident who has entered uncharted waters in an attempt to digitally map the sunken battleship USS Arizona.

Kelsey will share his deeply moving and cutting-edge experience with his Pine Canyon neighbors as part of a Symmetry in Motion event on July 31. Symmetry in Motion, a new program at Pine Canyon, is designed to expose residents and employees to activities and experiences that enrich their lives through cultural outings, active adventures or thought-provoking seminars. All Pine Canyon residents are invited to attend the event, which runs from 4 p.m. to 5:30 p.m. at the Clubhouse.

Kelsey, a Strategic Project Executive for Autodesk, is collaborating with the U.S. Navy and the National Park Service to survey and map what remains of the USS Arizona wreckage. The three-year project will ultimately provide a 3-D model and digital map of the battleship by using sonar and laser scanning equipment. It is the first time in 30 years that the ship has been surveyed, and Kelsey hopes that the use of digital technology will make it easier to provide updates in the future.

As part of the tactical team on site in Honolulu, Kelsey donned a wetsuit and had the rare opportunity to explore the ship at close range. During his talk about his experience, Kelsey will explain how he noticed that portions of the ship’s teak deck and sections of the ship’s white, geometric tile, were still in pristine condition decades after it sank during Japan’s surprise attack on Pearl Harbor on December 7, 1941 that started World War II. He will also discuss the emotional gravity that comes with exploring a mass tomb for hundreds of U.S. sailors, and what it meant to him to swim past and touch one of the ship’s turrets.